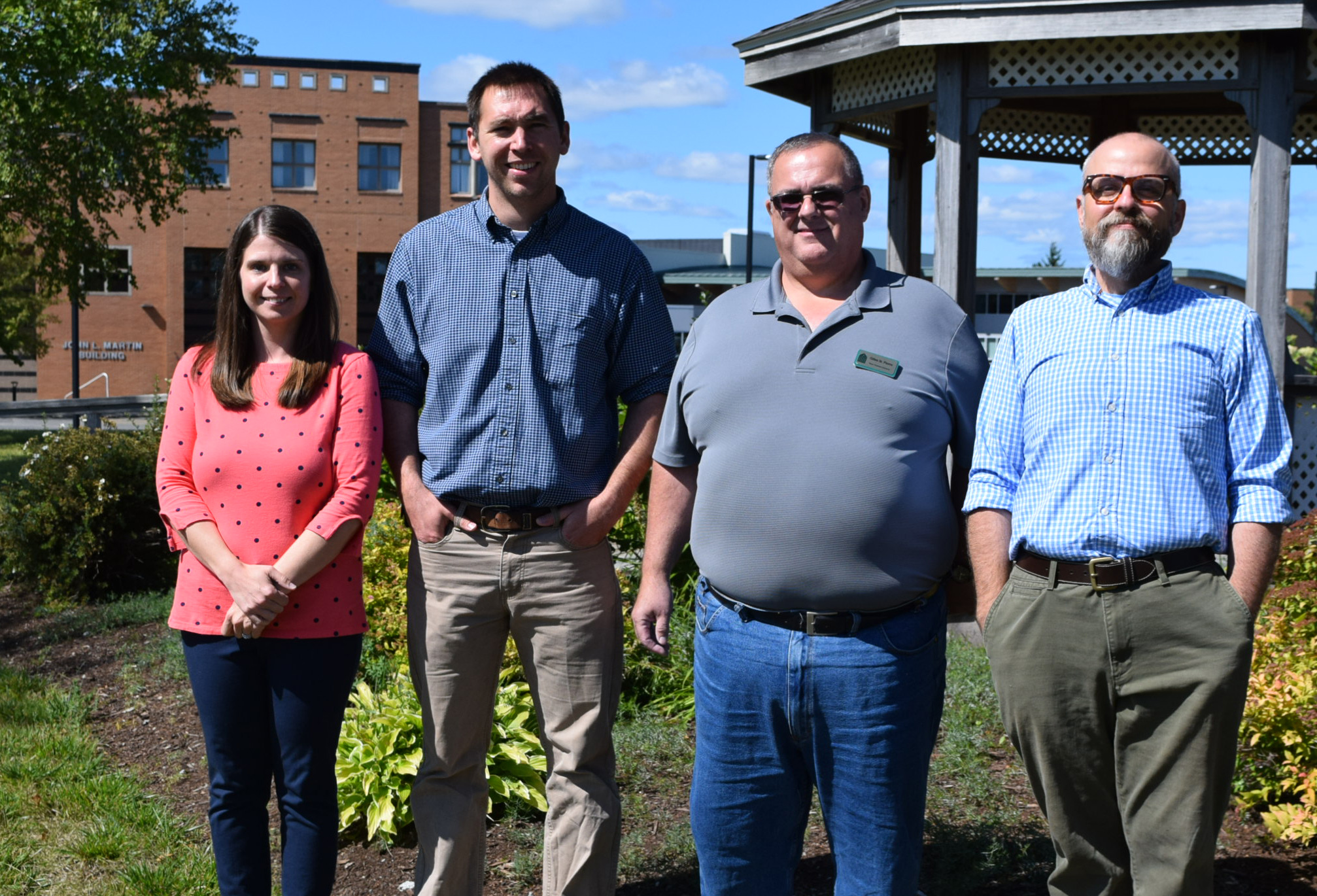 Presque Isle – NMCC welcomes four new staff and faculty members to the team this fall. “Each of these new team members brings a level of expertise and insight that we depend on to maintain our position as a leader in higher education, and we’re excited to have them aboard,” stated NMCC President Timothy Crowley.

Hailing from Texas’ southernmost point, Robert Carlson is joining NM as an English instructor. Originally from East Texas, Carlson earned his associate’s degree in foreign language from Del Mar College in Corpus Christi then went for a bachelor’s in English from Texas A&M Corpus Christi. Following a passion for reading and writing, Carlson pursued his master’s in English from University of Texas at Brownsville. Prior to joining NM, Carlson worked as an English instructor for Texas Southmost College. When asked about his strengths as an instructor, Carlson cites his investment in student outcomes, his approachability, and his focus on open lines of communication.

Lee Griffin, a Presque Isle native, has been named the new facilities manager at NM. During his childhood, Griffin found himself captivated by mechanics and figuring out how things work. Following these interests, Griffin pursued a degree in mechanical engineering from UM Orono. After working as an engineering intern at Old Town Canoe, Griffin moved back to the County to work for Huber Engineered Woods in Easton, where he became a licensed professional engineer and focused his energies on plant optimization projects. After 10 years at Huber, Griffin brings his engineering expertise to NM, where he’ll focus on optimizing the maintenance and custodial departments in an effort to achieve his goal of continuous improvement.

Jessica Lahey RN, BSN, CMSRN, is the newest full-time nursing instructor at NM. Originally from New Brunswick, Lahey befriended a deaf man in her childhood and decided to learn sign language. In 2001 she graduated from St. Clair College of Applied Arts and Technology with an interpreting certificate and began working with special needs children. Wanting to expand her ability to help people, she enrolled in NMCC’s nursing program and graduated with her associate’s degree in 2014, and went on to earn a bachelor’s in nursing from UMFK. After beginning work as an adjunct nursing instructor at NM in January 2019, Lahey is happy to join as a full-time member of faculty. Lahey’s philosophy in nursing it to take care of patients the same way you would care for your own mother or family member, and don’t ever lose empathy. In December, Lahey begins her master’s program in nursing education at Capella University.

Gilles St. Pierre has been named NMCC’s new water treatment technology instructor. For nearly 28 years St. Pierre worked as chief operator of the Presque Isle Sewer District; additionally, St. Pierre has worked as the superintendent of the Mapleton Sewer District for 30 years and still maintains that role today. “I wanted to give back to an industry that’s given me a living for over 30 years,” St. Pierre explains. St. Pierre earned a certificate in wastewater treatment from Southern Maine Vocational Technical Institute (now SMCC) and his associate’s degree in business from Casco Bay College in Portland. In 1987 St. Pierre graduated from Husson with his bachelor’s degree in business administration.

NMCC offers over 30 programs of study and works closely with business and industry to meet the challenges facing today’s workforce. To learn more visit nmcc.edu.