Northern Maine Community College will celebrate the graduation of 190 students during their 53rd Commencement Exercises on Saturday, May 12.  Students from the Arts and Sciences, Business Technology, Emergency Medical Services, Nursing and Allied Health, and Trade and Technical Occupations will march at the Forum in Presque Isle at 1 p.m. to receive their associates’ degrees and certificates from 37 programs. 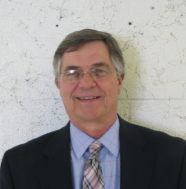 Stephen Richard, Executive Director of the Central Aroostook Association, will be the commencement speaker at Northern Maine Community College graduation
on Saturday, May 12th.

This year’s commencement address will be delivered by Stephen Richard, the Executive Director of the Central Aroostook Association, an organization committed to supporting the education, employment, and life of people with intellectual and developmental disabilities.

In addition to holding his position for 43 years, Richard has served on many state and local committees. His most enduring role has been as Co-Director of the Aroostook County Special Olympics, which he has been for 40 years. He was also a member of the Games Management Team for the Winter Games and selected as the Alpine Ski Coach and Power Lifting Coach for Maine during the World Games.

Currently, he is the board chair of Aroostook County Action Program.

Richard’s commitment to his work and the people of Maine has granted him several honors. In 1998, he and his wife were awarded the distinction of being proclaimed Citizens of the Year in Presque Isle. In 1999, they were awarded a Paul Harris Fellow, which is the highest honor that the Rotary Club can bestow. He was honored in 2005 with the distinguished alumni award by the University of Maine at Presque Isle. In 2007, he received the John W. Ballou Award for Distinguished Service to the State of Maine and its citizens.  Most recently, the University of Maine trustees honored Richard with an honorary doctorate degree known as Doctor of Humane Letters.

The Class of 2018 student speaker will be NMCC’s Student of the Year, Elizabeth “Betsy” Allen. Allen, a Nursing student, was selected by the NMCC faculty and staff based on her academic success, leadership, community involvement, and dedication to learning. The journey that brought her to NMCC was one that involved leaving a successful teaching career to fulfill a lifelong dream of becoming a nurse practitioner. She will be attending Duke University in the fall to pursue her master of science in nursing degree in the family nurse practitioner program.

As a reminder to all guests attending Commencement, no large bags will be allowed in the Forum due to ongoing security measures.