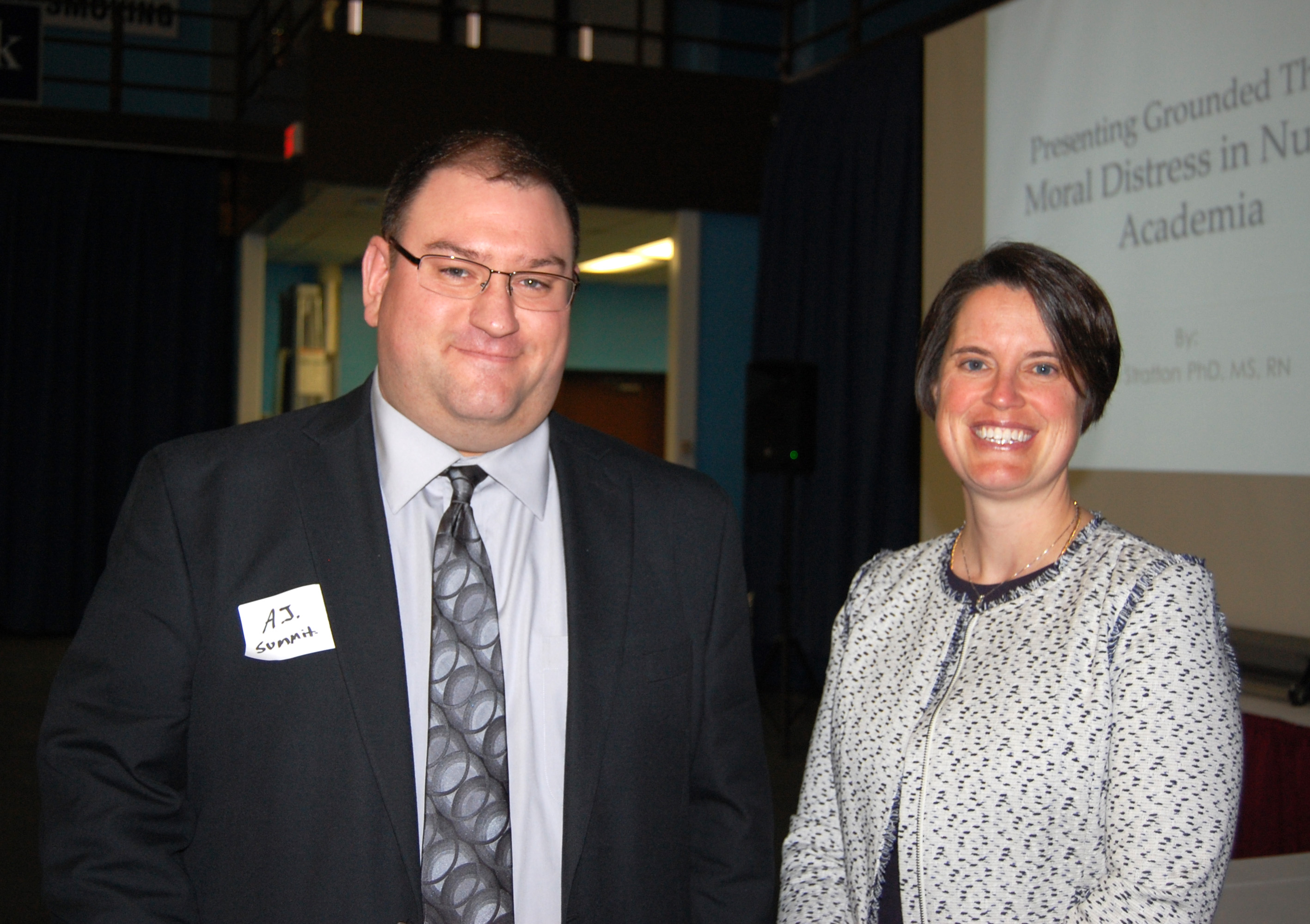 Prior to accepting formal nomination, Gagnon served as OMNE’s secretary for three years while simultaneously co-chairing both the organization’s Annual Summit and Annual Meeting, which host leaders from throughout the state.

One of OMNE’s primary focuses is addressing the impending nursing shortage in Maine by representing healthcare in discussions with state legislators and raising awareness of the industry’s challenges. Containing roughly 75 leaders and aspiring-leaders statewide, OMNE hosts events with keynote speakers, vendors, and professional networking while addressing critical issues in nursing. This year’s summit focuses on aging, a highly relevant issue with Maine currently recognized as the nation’s oldest state.

Originally from East Millinocket, Gagnon is an alumnus of NMCC’s paramedicine program and also holds a bachelor’s in nursing and a master’s in nursing administration, as well as a considerable number of professional certifications. After becoming a volunteer firefighter in high school, Gagnon discovered a passion for helping people and gravitated to emergency and critical health settings, including flight medicine.

“I’m really excited that AJ has taken on the role of president,” said Peggy McRae, MSN, RN, CENP, who previously held the title of president and will now serve as an advisory past-president while Gagnon transitions to the new role. “We were looking for that up and coming leader to be able to continually drive the efforts and initiatives of OMNE, and I believe AJ is well-suited to do that.”