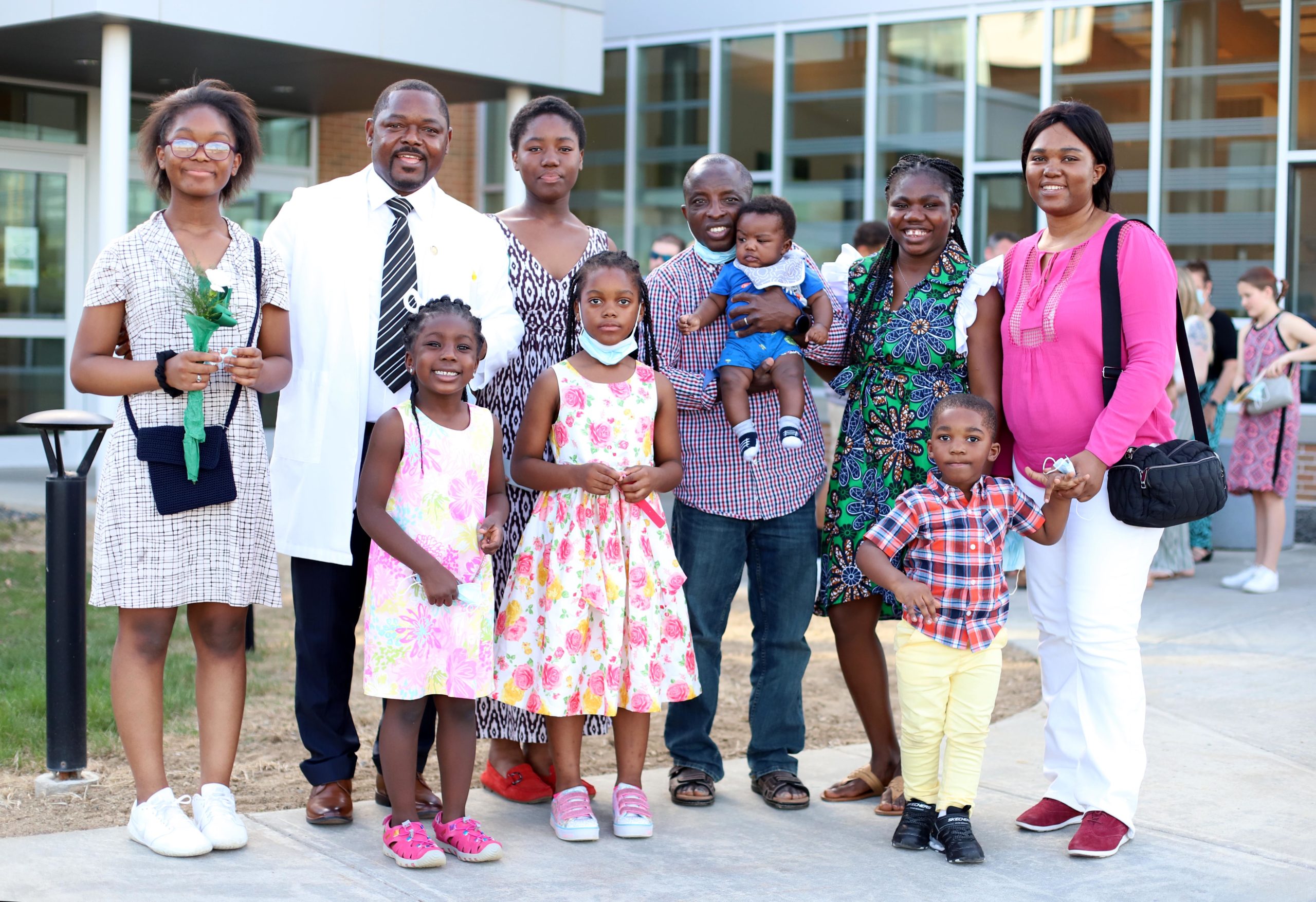 Linus Tayong with family and friends after Nursing pinning ceremony.

Presque Isle – NMCC nursing student, Linus Tayong, hails from Cameroon, a country on the west coast of Africa. In Linus’s previous occupation with the British government, he traveled extensively including to northern Maine. He decided the County was a “great place to raise a family.” Linus arrived in Fort Kent in 2016 and waited patiently for his family to be approved to reside in the United States.

Early upon Linus’s arrival to the United States, he began an online ministry degree through Northpoint Bible College. While attending Northpoint, Linus began attending Northern Maine Community College to pursue a nursing degree. Linus chose NMCC due to its reasonable cost of attendance, the simulation lab, and the instructional staff. Due to time constraints and family obligations, Linus put his ministry educational pursuits on hold to focus solely on completing his nursing degree.

Linus has had “so much fun” in NMCC’s nursing program. He has enjoyed the instructors, his classmates and assisting at local community health clinics. Linus says his time at NMCC has been top-notch. He expressed that throughout his time at NMCC, he has seen that “the College, from the faculty to the administration, has been concerned with the success of their students. My instructors have been flexible and understanding of family and health-related challenges during my time here.”

Linus is a 2022 NMCC graduate, earning an associate degree in nursing as well as being the recipient of this year’s Falcon Award. His future plans include working in the field while continuing his studies online to earn a Bachelor’s degree in nursing. He hopes to continue pursuing his ministry degree. 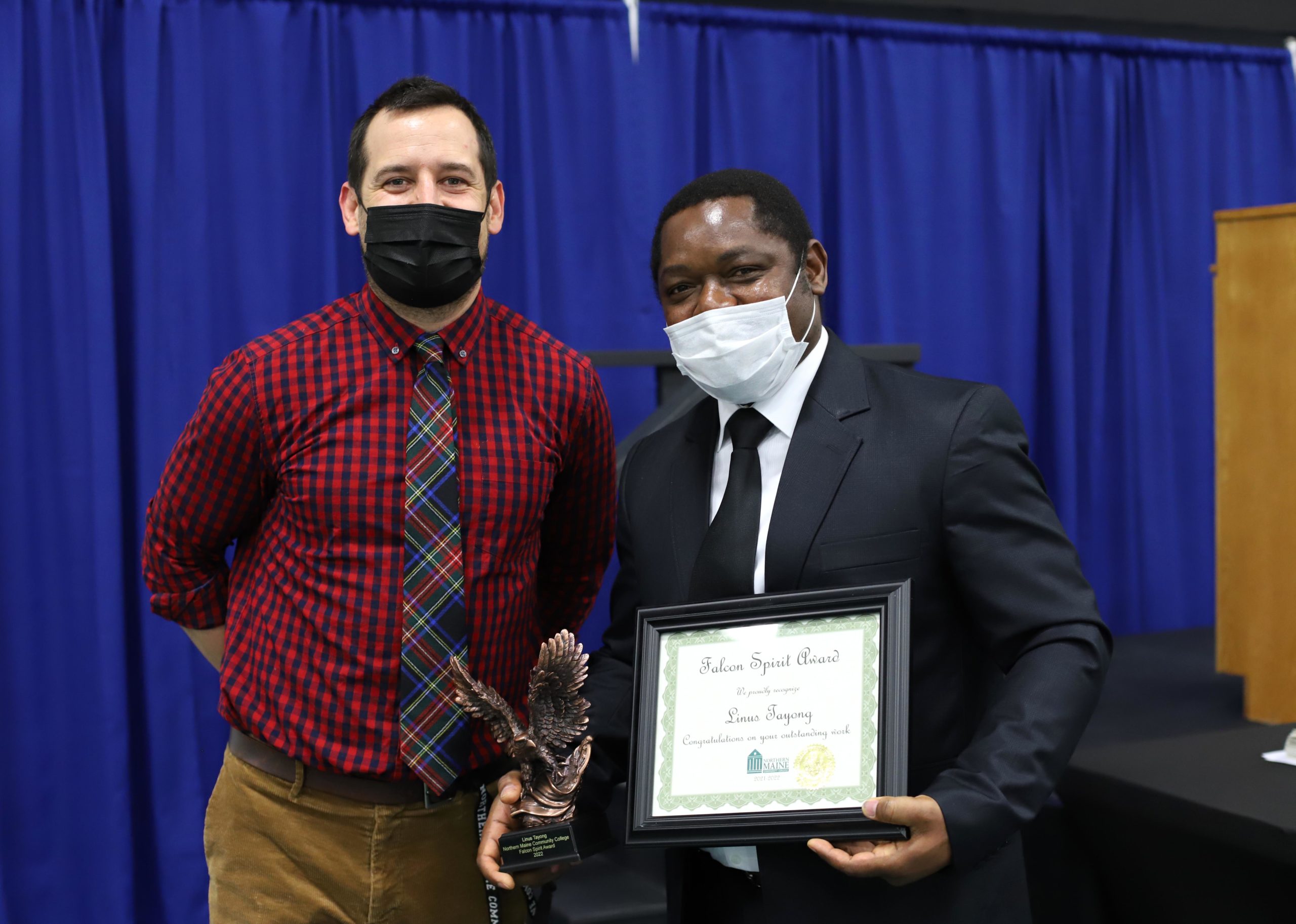