Northern Maine Community College has awarded Elizabeth “Betsy” Allen with its highest student honor as the 2018 Student of the Year. Allen, along with one student from each of the other six community college campuses, was recognized at a ceremony in Augusta on April 25 hosted by the Maine Community College System Board of Trustees.

Allen, a Nursing student, was selected by the NMCC faculty and staff based on her academic success, leadership, community involvement, and dedication to learning. The journey that brought Betsy to NMCC was one that involved fulfilling a lifelong dream of becoming a nurse practitioner. 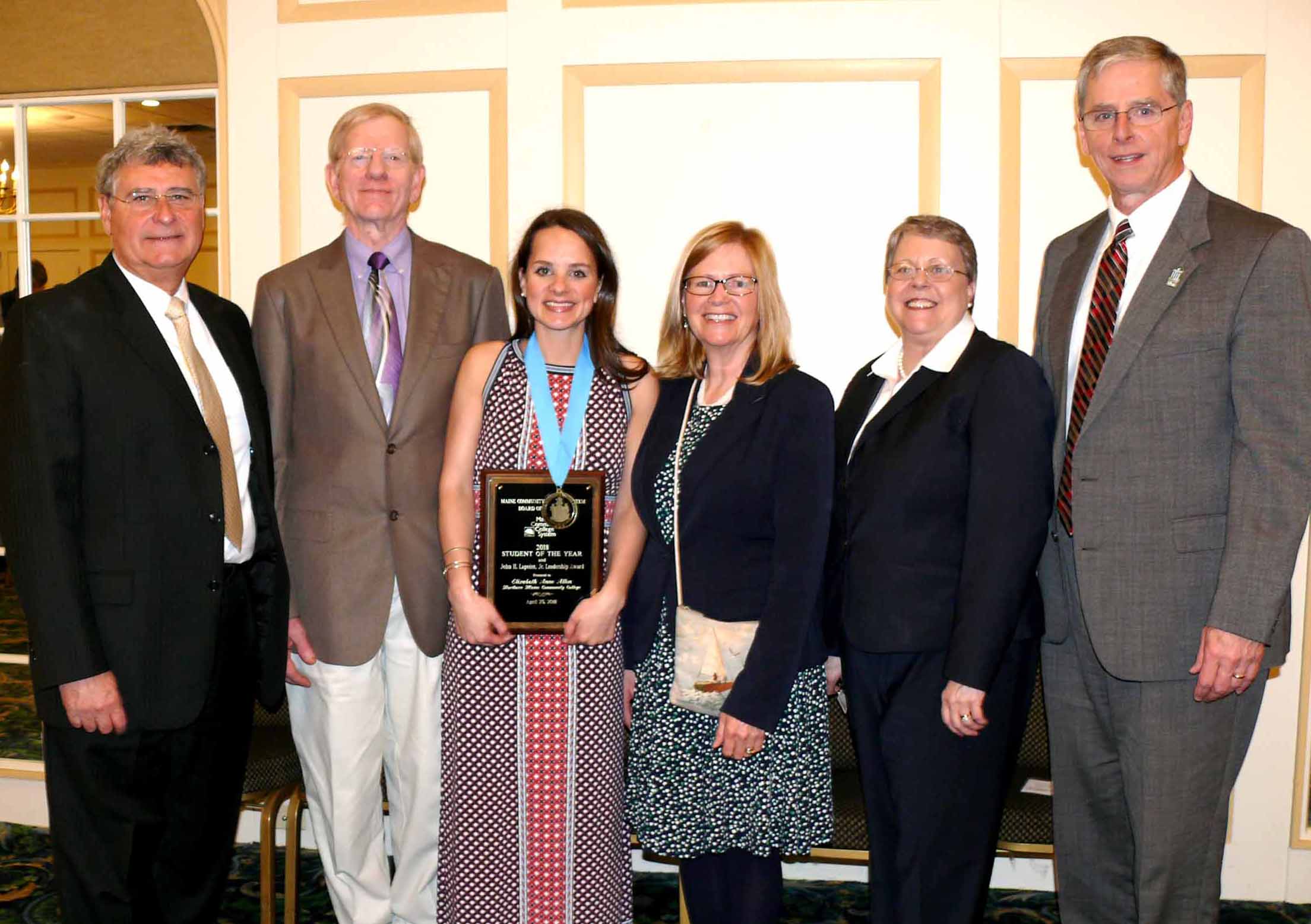 Like many students that attend NMCC, life initially brought her in a different direction than the one she had imagined, and she found herself pursuing a career in education. After her college graduation, and true to her character, she spent ten years being the best middle school teacher she could be, one that parents would hope their children would be lucky enough to have.

It was on a volunteer teaching trip to Morocco in 2013 that an encounter with a young man, Abdelkhalek, reminded her of how deeply she had wanted to be a practicing nurse. His deformed feet prevented him from walking very well and Betsy knew that he would not be able to afford the surgeries that he desperately needed. This compelled her to try and help him. After much persistence, The Shriner’s Children’s Hospital accepted his case in 2016. It was around that same time that Betsy learned of her acceptance into the NMCC Nursing program.

“As with many of our post-traditional students, returning to school is a balancing act of studies, family, volunteerism, mentoring, and commuting. Betsy has done this and more, while never compromising on her goal of academic excellence. She has done all of this with a style and grace we can all aspire to,” said Dr. William Egeler, NMCC Dean of Students. “Betsy has, and continues to make, a positive impact on her family, community, classmates and college.”

Although the past two years have been very hectic, Allen’s work ethic and determination has paid off. She has earned a near-perfect 3.95 GPA while being a tutor for fellow students and being very involved on campus and in the community. She is also an officer of the campus’ honor society, Phi Theta Kappa, and has continued to stay in touch with her friend, Abdelkhalek, who after several surgeries at The Shriners Children’s Hospital in Springfield, Massachusetts, is back in Morocco and walking with straight feet.

Allen and each of the other honored Maine Community Colleges Students of the Year, received the $1000 John H. Lapoint, Jr. Leadership Award.  Lapoint was a past trustee of the Community College System.  After his death in 1995, his widow served on the Board and helped establish the fund for the annual awards.

Due to this recognition, Allen will also be the Class of 2018 graduation speaker during NMCC’s Commencement on May 12 at the Forum in Presque Isle.