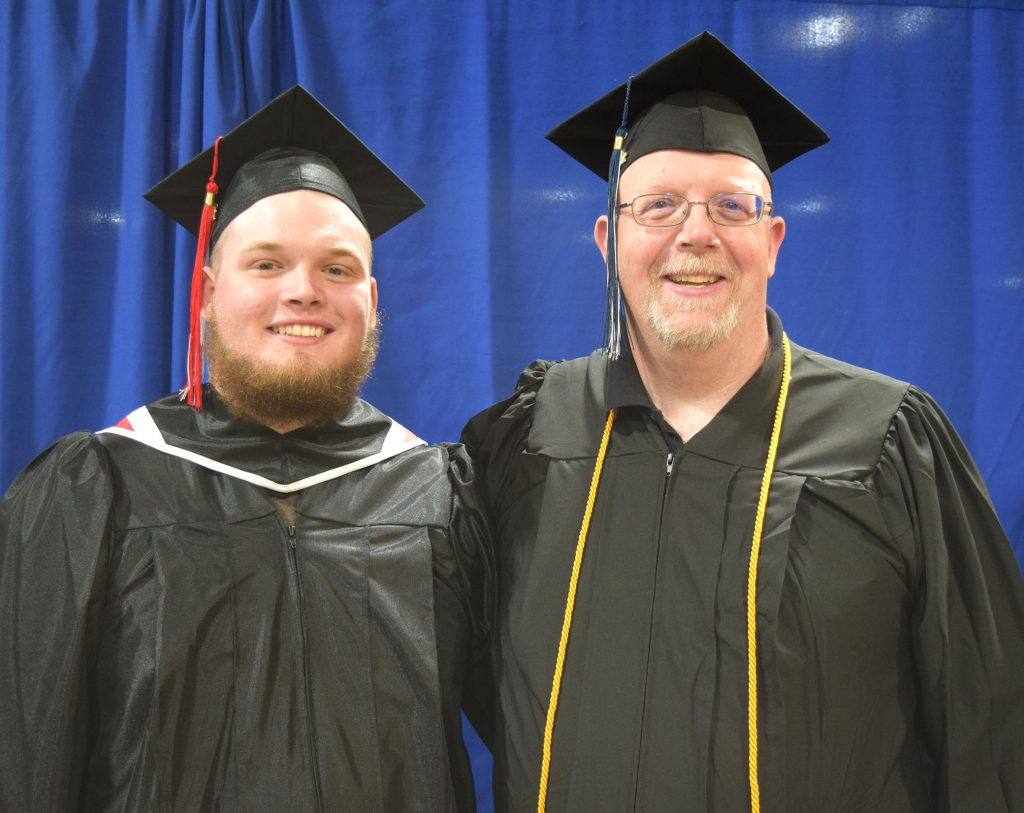 Northern Maine Community College graduate, Stephen Kennedy (left) with his father, Adam, a University of Maine at Augusta graduate. The pair celebrated their accomplishments together at NMCC’s 53rd Commencement Exercises on May 12.

Stephen Kennedy received his Associate in Applied Science degree in Diesel Hydraulics Technology with his father, Adam Kennedy, by his side. The interesting twist was that Adam’s degree came from the University of Maine at Augusta. Through collaboration with UMA, the senior Kennedy was able to receive his Bachelor of Arts degree in Biology from UMA at the NMCC graduation so that he could share the milestone with his son.

“I wouldn’t have missed it. I already walked in 2012 at my previous graduation,” said Adam. “You only get this chance to see your son graduate once.”

Family is a strong undercurrent at NMCC. It is one of the reasons why the college’s graduation ceremonies have taken place at the Presque Isle Forum for a number of years, to accommodate the large number of family members that attend in support of their graduates. It was also the reason why NMCC President Timothy Crowley agreed to accommodate the request from UMA President Rebecca Wyke.

“Mr. Kennedy informed UMA campus officials that he would not be in attendance at his graduation because he wanted to see his son graduate. We have always seen Graduation as a family affair and NMCC was pleased to work with UMA to help this family celebrate two significant milestones,” said Crowley.

Admittedly, Stephen’s sisters who also are in college are a little jealous of their brother’s good fortune.

“I’m the only one of my siblings that had the opportunity to have Dad graduate with me,” said Stephen. “It’s really amazing.”

There were several other family members that came to Presque Isle for the important day. Stephen’s grandfather, Bill Kennedy, even flew in from Washington to witness his son and grandson walk across the stage together to receive their degrees.

Stephen has already been hired by Journey’s End Marina in Rockland as a diesel mechanic. He is looking forward to this next step with much enthusiasm. As for Adam, he has his sights on furthering his career as a medical lab scientist. 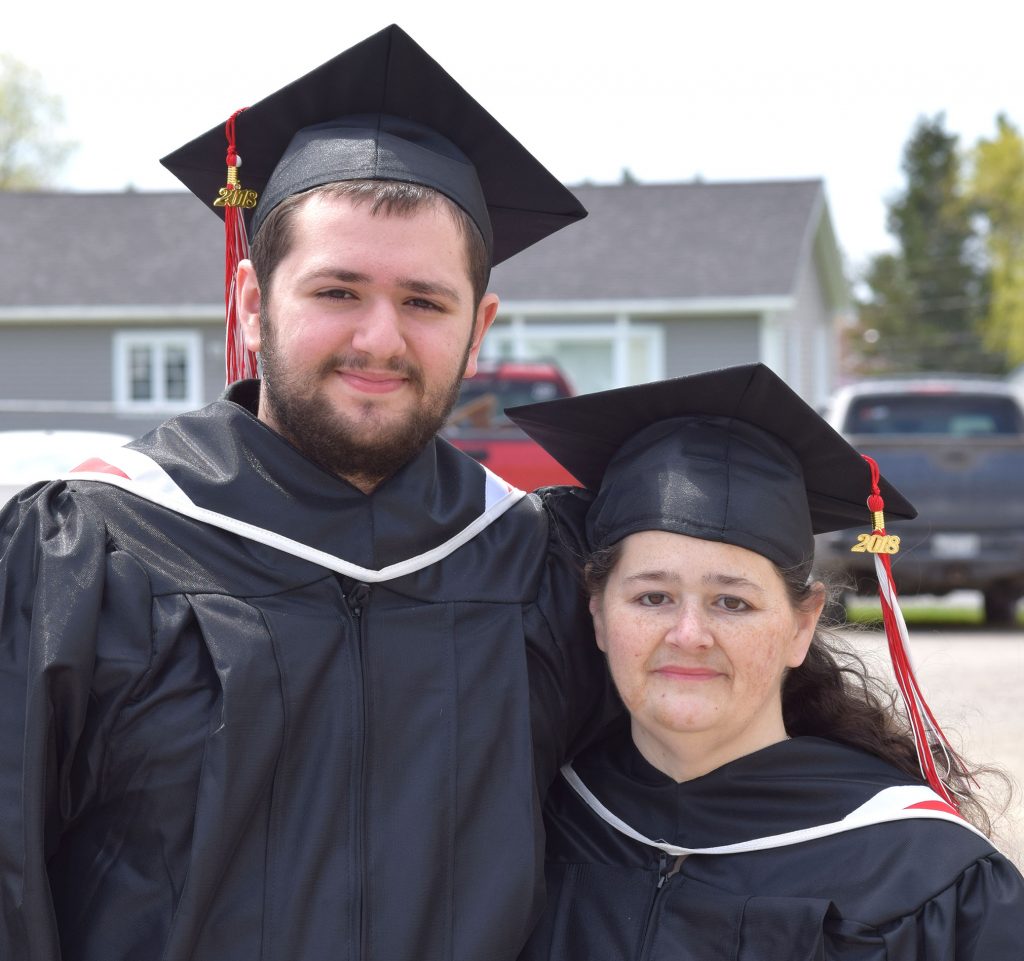 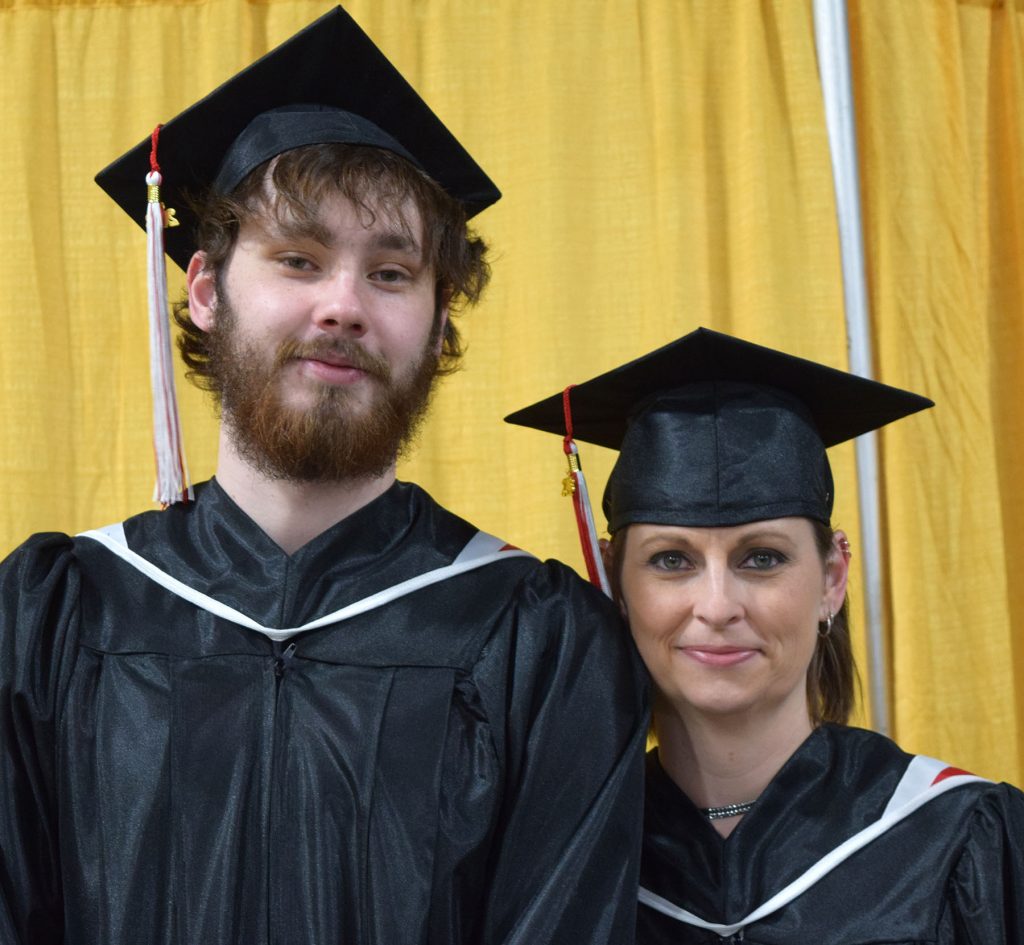