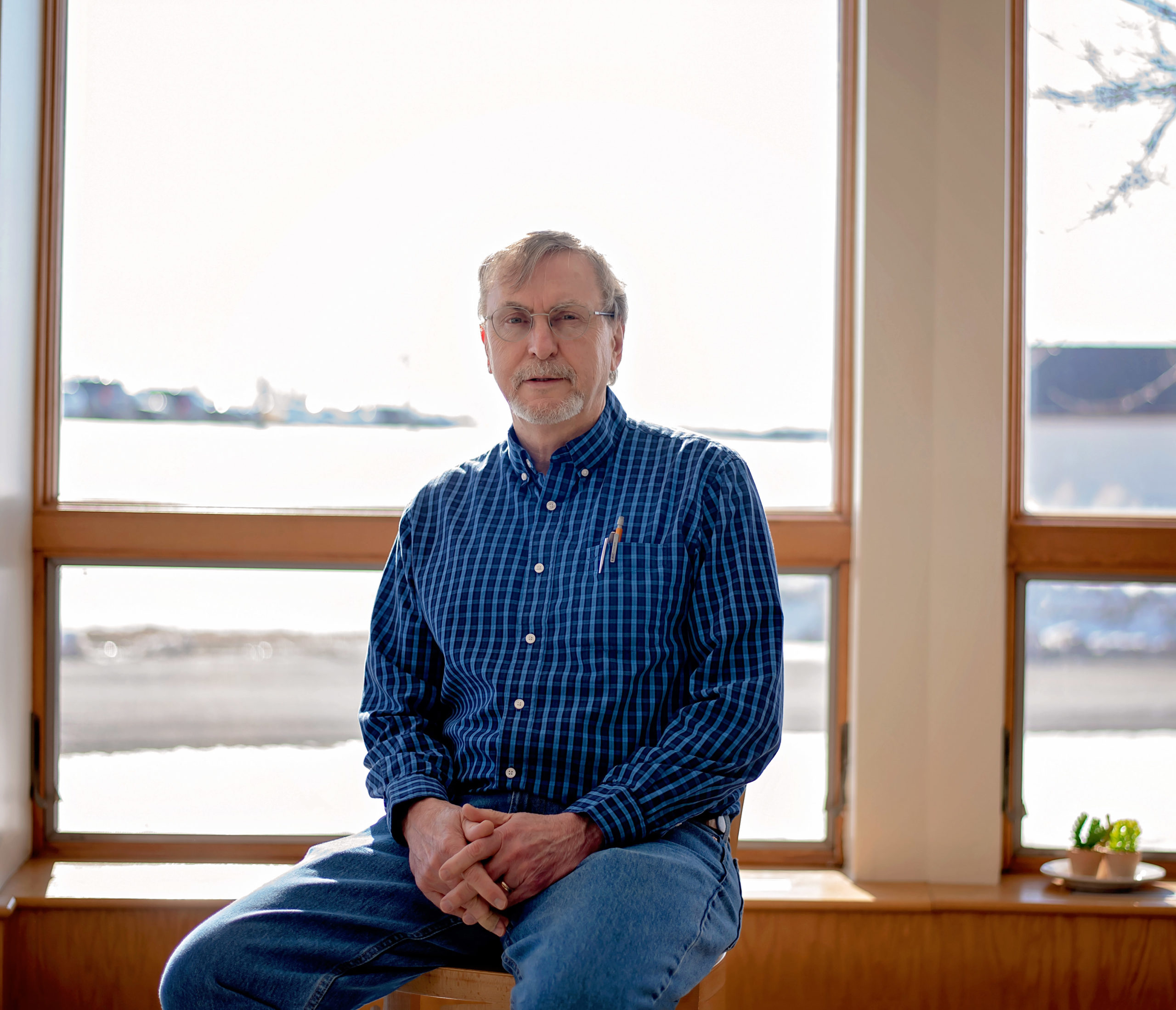 David C. Raymond, chair of arts and sciences at Northern Maine Community College, is being published in prominent literary journals later this year and releasing a book capturing the 60-year history of NMCC in November.

Presque Isle – What have you been doing during the pandemic? David Raymond, chair of the Arts and Science Department at Northern Maine Community College spent extra time doing professional writing.

Over the last eighteen months, Raymond has had two articles published in distinguished literary journals. In 2020, The Concord Saunterer: A Journal of Thoreau Studies, published Raymond’s article, “The Aim of the Laborer: Critical Assessment of Henry David Thoreau’s Philosophy of Work.”  Later this year, “Thoreau’s ‘Life Without Principle,’ and The Art of Living and Getting a Living,” will be published in Philosophy and Literature. Later this month, Raymond’s article, “The Code: The New England Philosophy of Work in the Poetry in Robert Frost,” will appear in The Nor’easter, the newsletter of the Northeast Chapter of the Two-Year College of English Association.

According to Raymond, “There is a common theme in three of the publications: work. As a community college professor, I try to make academics relevant to the lives of my students. Most don’t think of literature, poetry, and philosophy as practical subjects, but they are wrong. Many of the world’s great authors wrote about the purpose and meaning of work in our lives. Work as a literary theme in the classroom, work as a topic of literary criticism of Thoreau’s writing, and work as the theme of one of Thoreau’s most important essays, ‘Life without Principle’.”

During the Spring of 2021, Raymond’s article, “Improving the Silence: The Life and Literary Career of John Gould,” was published in the Maine History Journal. His work on John Gould, emerged from his immersive reading of Gould’s twenty-seven Maine humor books.  “I read a few of his books each summer for enjoyment then I became interested in his career as an essayist and started to dig into his background. What began as a summer reading list slowly became a scholarly essay on Maine’s most famous humorous of the last century. As Robert Frost once wrote, in the poem ‘The Road Not Taken,’ “how way leads on to way.”  One book led to another and then another and finally it developed into a research project and a published paper,” stated Raymond.

Raymond spent the bulk of his pandemic lockdown in the archives of the NMCC library researching and writing a history of the college. “Northern Maine Community College A Sixty Year History, 1961 to 2021,” will be released in November.